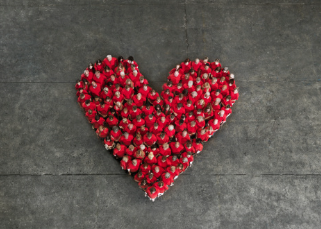 My wife is from a Scots/Irish background. My kids are hapa.

For me, Loving Day is a national holiday.

See my AMOK column on the AALDEF blog.

The road to freedom will be much tougher if we all get tossed off-kilter by the road bumps put in our way by conservative media.

FoxOpinion (it is more opinion than news, isn’t it?)  and blogger Breitbart should be ashamed of their tactics.

But the Obama adminstration suffered from a little post-racial knee-jerking, too.

First, assume the truth from FoxOpinion  is always dicey. More so from a conservative blogger. So why  couldn’t someone at the FDA verify the facts with Shirley Sherrod?

Sure,we want to get to racial nirvana, but it doesn’t have to come at the expense of the truth?

This embarrassment is more on USDA Sec. Tom Vilsack  than Obama, really. Vilsack should know better, but  so should the pres.

I’ve always called Obama the big “race avoider. He doesn’t want to deal with race as an everyday agenda item unless he’s dragged into it and issues are made of his pastor, Skip Gates, Shirley Sherrod.

Obama wants to take us to the next level by  forgetting about race. His is the passive approach. The less he deals with race minutae, the more people see the big picture:  There’s a black man in the White House. Racism? Get over it.

That’s how he wants to drag us to the promised land. But people on both sides don’t want to budge.

The racists are vested as are the race-based.

Post-racial thinking?  Race politics in America won’t change until we’re all on the same page.