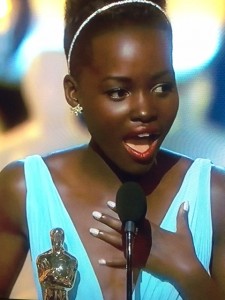 Want the truth on “Argo”?

This is from the Institute for Public Accuracy, Washington, DC:

Author of The ‘Great Satan’ vs. the ‘Mad Mullahs’: How the United States and Iran Demonize Each Other, Beeman said today: “If it were a piece of fiction, I’d say that ‘Argo’ was great entertainment. But I was in Iran during the revolution and knew many of the people portrayed. A huge part of what’s depicted in the movie is fictionalized. Jimmy Carter himself acknowledged that the Canadians were responsible for 90 percent of getting the six embassy workers out. Tony Mendez [portrayed by Ben Affleck] was only in Iran for a day and a half.

“The danger of this for the American public is that it paints things as black and white with Americans and the CIA as the good guys and Iranians as bad guys out to kill any American they see. In fact, there were quite a few Americans living in Iran. The embassy workers were targeted because many of the Iranian revolutionaries were convinced that the U.S. was trying to re-install the Shah as it had done in 1953. …

“The P5 plus 1 talks start on Iran’s nuclear program tomorrow. How many Americans know that the Iranian nuclear program was started with U.S. encouragement 40 years ago?”

On Saturday, Shirazi posted the piece “Oscar Prints the Legend: Argo’s Upcoming Academy Award and the Failure of Truth,” which states: “Over the past 12 months, rarely a week — let alone a month — went by without new predictions of an ever-imminent Iranian nuclear weapon and ever-looming threats of an American or Israeli military attack. Come October 2012, into the fray marched ‘Argo,’ a decontextualized, ahistorical ‘true story’ of orientalist proportion, subjecting audiences to two hours of American victimization and bearded barbarians, culminating in popped champagne corks and rippling stars-and-stripes celebrating our heroism and triumph and their frustration and defeat. Salon’s Andrew O’Hehir aptly described the film as ‘a propaganda fable,’ explaining as others have that essentially none of its edge-of-your-seat thrills or most memorable moments ever happened. O’Hehir sums up:

The Americans never resisted the idea of playing a film crew, which is the source of much agitation in the movie. (In fact, the ‘house guests’ chose that cover story themselves, from a group of three options the CIA had prepared.) They were not almost lynched by a mob of crazy Iranians in Tehran’s Grand Bazaar, because they never went there. There was no last-minute cancellation, and then un-cancellation, of the group’s tickets by the Carter administration. (The wife of Canadian ambassador Ken Taylor had personally gone to the airport and purchased tickets ahead of time, for three different outbound flights.) The group underwent no interrogation at the airport about their imaginary movie, nor were they detained at the gate while a member of Iran’s Revolutionary Guard telephoned their phony office back in Burbank. There was no last-second chase on the runway of Mehrabad Airport, with wild-eyed, bearded militants with Kalashnikovs trying to shoot out the tires of a Swissair jet.

“One of the actual hostages, Mark Lijek, noted that the CIA’s fake movie ‘cover story was never tested and in some ways proved irrelevant to the escape.’ The departure of the six Americans from Tehran was actually mundane and uneventful.”

Congratulations are in order to Ang Lee and “Life of Pi.” It won 4 of the key Oscars, including Best Director. But there was no one film that you can say was a runaway winner this year.

“Argo,” the Best Picture, won 3, but not Best Director. The four actor awards were distributed among four different films. And just because your name is Spielberg (“Lincoln”) or Ellison (producer of “Zero Dark Thirty”), Oscar played no favorites.

Still, most of the winners are white, and diversity remains a major problem with the Oscars, where academy voters’ median age is 62, nearly 80 percent of them are male, and over 90 percent are white.  Sounds like the old U.S. electorate, doesn’t it?

Which brings us to Ang Lee. I revere Lee and his great body of work. I was rooting for him too, but not necessarily from an Asian American perspective.  Why? Because he’s Taiwanese, a brilliant Asian in America. The movie is more internatonal than not, with Pi named after a French swimming pool. Canada brought the book and the film to life.

The distinction of being Asian or Asian American is important.

You want Asian American, then you have to be taken by the other Patel in film this year, the  Dr. Patel character in “Silver Linings Playbook.”

Though played by a Bollywood star, Anupam Kher, it’s still a depiction of an Asian American.  And what a diverse cast, with a BBF, a black best friend (Chris Tucker), a Latino/white interracial marriage (John Ortiz and Julia Stiles),  and the South Asian shrink (Kher). From that standpoint, all modern Hollywood films should be as inspired in their casting. Too bad the film didn’t win just on diversity.

As for Best Picture, I still feel “Argo” was over-rated compared to “Zero Dark Thirty.” Given both films loyalty to history, they missed out on the human side that was all over “Silver Linings Playbook.” That left the CIA films in the interesting and thrilling category, but not in the realm where the truly great films reside.

“PI” might have been imaginative with its special effects, but SLP came the closest for me this year as the movie that “hits home.”

When you see it on DVD in your living room with your family, you’ll see why.

Oh, well…Hope you didn’t lose in your office pool.

Caught up with all the CIA movies just before the red carpet.

“Zero Dark Thirty” is a great film, but it plays like a dossier. Jessica Chastain is the best thing about the movie, as “Maya,” but as the film shows us, the character has no friends, no home, no family, no life. That would have helped the film immensely. Torture scene was less torturous than buildup. Key point: the torture didn’t have to happen. CIA had a lead years before any torture, but the lead  fell through the cracks. Even more interesting was the raid and how precarious the situation actually was. I’ve heard that some audiences cheered at the end, but not in my group. I kept wondering why UBL wasn’t taken alive?

Still, “ZD30” is a great movie, and much  better than “Argo,” which also over-relied on “history” to create its fiction , but in doing so, missed out on the personal aspects of the story line that would have helped the movie greatly.  In the end, I really didn’t care much if the Americans got out.

And so I think I’m sticking with my personal favorite, “Silver Linings Playbook.”

Is it that odd that a movie where pyschtropic drugs play such a big role is the “feel good movie” at the Oscars?

The film, rooted in family, home, and love, would be a worthy Best Picture winner tonight.

I may be late to the bandwagon, but I shouldn’t be.

Certainly, I shouldn’t be surprised that I know about Paxil, Prozac, Wellbutrin, Tofranil, Abilify, et.al without ever having taken a single pill.  It just seems that people all around me are taking them, and instead of being judgemental, I should be glad that they are.

In that sense, “Silver Linings Playbook” is the perfect mirror of dysfunction in America. And, on that level, a movie breakthrough.

In America these days, the road to happiness includes a trip to the medicine cabinet.

But the movie is also a breakthrough in the depiction of Asian Americans in Hollywood.

If they gave Oscars for that, “Silver Linings Playbook” would deserve one.

I just saw “Argo” last night, and don’t think it is as good as its Golden Globes win. ( It’s definitely a period piece. All the actors look like Dickie Smothers.)  But if SLP doesn’t win, maybe “Lincoln” will overtake them all.  Look at all the man accomplished—without psychotropic meds!