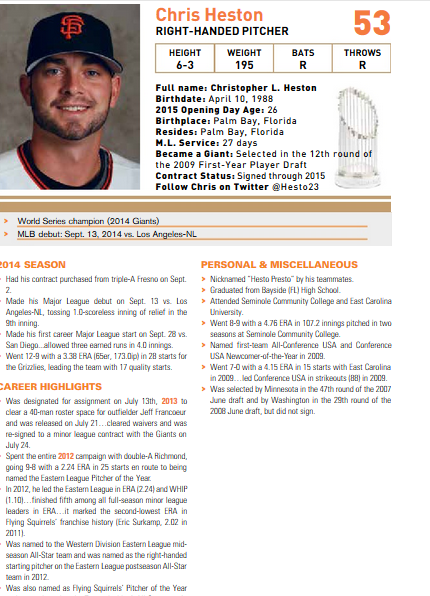 There have been no darker times in the 2013 season than what we’ve experienced the last two months. Injuries, miscues, everything that could go wrong has gone wrong, and it all dates back to May 14th.

That was the start of that miserable series in Toronto, and to date, that’s covered 54 games that look like a death spiral to the NL West cellar.

And then came San Diego.

The Giants streak has given hope to those who thought rigor mortis had set in at Third and King.

And what do you know, they’ve got a two-win streak!

(Really, there is no dishonor beating up on the Padres. Not when you consider what the missionaries were really all about).

Here’s the bad news. The Giants have never won more than two in a row at any point since May 14th, while they like losing streaks of three games or more and have done that SIX times.

So can they add a third win?

Why not? It’s a Tim Lincecum night.

(Now you know all the Filipinos in National City are excited about this appearance. Lincecum is the pride of Filipinos everywhere. But he’s typical of a lot of 2nd generation American Filipinos).

The Linceblog has noted that Timmy has pitched well enough to win his last two starts, almost matching Homer Bailey in Cincinnati (who just happened to throw a no-hitter). And then in the last start against the Mets, Lincecum deserved a victory dueling All-Star Matt Harvey were it not for some horrible defensive plays and an offense that stopped after Posey hit a two-run bomb.

Still, Lincecum had the magic.  He had 11 strikeouts that night, the 33rd time he’s struck-out ten or more in a single game in his career, but just the first time this season he’s done it.

It’s an indicator that the bullpen talk is still premature.

Tim’s still got it. And the late-bloomer is finally coming around this year.

That’s more than one strikeout an inning. And the game he lost was a 2-1 duel with Cashner.

Timmy can do it.

And he has baseball voodoo on his side.

Just prior to the road series in May that began all the badness, the Giants took 3 of 4 from the Atlanta Braves, with Tim Lincecum winning the series ender, a 5-1 game on May 12.

The Giants were in first place, two games up. And it was a Mother’s Day special.

And now look who’s pitching exactly two months to the day of the start of that bad Toronto series, but Timmy L.

It would be a nice bookend to the badness, and the real beginning of a post-All-Star game streak that ends with a September beat-up of the NL West and a  three game final series in San Diego.

You see, there are  hopeful scenarios even without some trade deadline miracle.

Lincecum can help turn it around with a win tonight.

And then Zito on Sunday to complete a sweep.

Tim Lincecum, who has suffered through a hard-luck season of doubt and defeat, no-hit the San Diego Padres on 148 pitches, as the SF Giants won their third straight, 9-0.

Lincecum’s Giant teammates helped him out with a 10-hit attack. Hunter Pence added a home run and 5 RBI, and made a special defensive save, catching a low-liner off the bat of Alexi Amarista to end the 8th inning.

It was Lincecum’s first no-hitter in his career.

After the game he told a TV interviewer, “It was kind of surreal.”

Considering the way the first half of the season has gone, when his erratic performances inspired talk of being relegated to the bullpen, or being traded, or not being resigned by the Giants, Lincecum made a statement tonight.