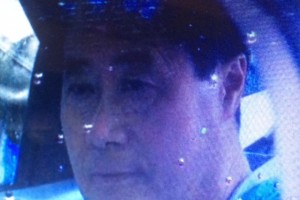 Interim Mayor Ed Lee took the big lead in the first release of vote-by-mail ballots in the SF Mayoral race.

Supervisor John Avalos and City Attorney Dennis Herrera are next with 10.6 percent and 10.24 percent, respectively. Both candidates were endorsed by the San Francisco Democratic Party.

Board of Supervisors President David Chiu was in fourth with 8.36 percent.

State Senator Leland Yee was in fifth with 8.25 percent.

Public Defender Jeff Adachi  was in sixth with 6.33 percent.

This first tally includes just the vote by mail which represents about 14.59 percent of all voters. The next release of votes at 9:45 will include the first ballots from today’s polling.

Those votes could reflect a totally different voter sentiment in light of voter  fraud allegations made against some of Lee’s supporters.

But if the trend continues, Lee would be very close to the 50 percent and 1 vote he needs to secure victory.

If no one receives a majority,  the Ranked Choice Voting will eliminate the lowest ranking candidate one by one and distribute their backers’ 2nd and 3rd choices until one candidate gets a majority of the vote.

A big conference on Asian American activism is taking place in San Francisco this week.

Ed Lee used to be one of them, an unabashed non-profit good guy.  But now his life has changed as the lead dog in the San Francisco mayoral race. He just may not be in the lead for long.

Lee, the interim mayor attempting to make it for real, has been tripped up by some overzealous campaigners on his behalf who may have committed voter fraud.

The now infamous “Ed Heads,” blue shirted members of the San Francisco Neighbors Alliance for Ed Lee for Mayor 2011, had been out in Chinatown the last few weeks setting up tents and helping specifically Cantonese speaking voters.

Tents!  Or maybe they were voter cabanas?

How much help the voters got is he issue, and with translated ballots and handbooks, how much help is needed, unless the volunteers really were filling out ballots and telling people how to vote.

Beyond language, there’s the issue of taking a ballots in a plastic bag for delivery to the elections office. These are ballots not pizzas. No delivery allowed.

And then there’s the last big question. How direct is the  connection of the volunteers  to Lee?

As close as Rose Pak?

The U.S. Department of Justice is looking into this after seven candidates faxed a letter of complaint Sunday to D.C.

I talked to one candidate today who said when he talked with Lee over the weekend, Lee wanted to be on the letter to show a united front.

Makes sense.  All major candidates want a fair and ethical election, right? In the spirit of Ranked Choice Voting, that would take the sting out of any appearance of mudslinging and show consensus. Take the politics out of it.

But apparently there was no strong feeling to provide Lee a fig leaf.

Besides, this is just what the other candidates were looking for: Acceptable campaign “mud.”

So this was too good for the other candidates to pass up.

A little local October surprise to stop the front-runner in his tracks and help others make up ground.

With all the possible investigations emerging, Lee is going to have to do much more to regain any momentum.

Otherwise, the voter fraud scandal has done the real heavy lifting for the candidates. Its isolated Lee. And it’s changed the dynamic of race. The cloud of voter fraud may even be enough to keep Lee off voters’ RCV top-three.

If an “anyone but Ed” campaign emerges, then the seven who sent the DOJ letter (especially  Leland Yee, David Chiu, Jeff Adachi, Dennis Herrera and John Avalos)  have just made this race much tighter than expected.

The No.2 vote will be very important. That means candidates will be on good behavior from here one. They know who they’re No.1 with. Now their goal is to be everyone’s No.2.

As candidates get eliminated, those No.2 ballots will eventually make someone a winner.

This historic race in Asian American history is coming up to an exciting finish.

And the winner will be the best No.2 person around.

Whoever gets the majority of Avalos’ or Herrera’s No.2 votes will be the first elected Asian American mayor.

More on the controversy at the Asian American Legal Defense and Education Fund blog:

Normally, politicians are quick to challenge.  Forums used to be like prize fights. All candidates had  to do was speak and their words would clash.

But RCV has turned everyone into pussycats.  No one flashes a fang nor claw, let alone a bucket of mud. END_OF_DOCUMENT_TOKEN_TO_BE_REPLACED