I wrote this post for the AALDEF blog on Monday as I waited for Trump to reverse his Saturday comments that failed to denounce sternly the KKK, neo-Nazis and white supremacists in Charlottesville.

Since then, he got a mulligan on Monday by reading straight from the prompter.

But by Tuesday, he couldn’t help himself.

Trump ad-libbed before reporters at Trump Tower and undid Monday, and reverted to his Saturday sentiments. Good people on all sides? Many fine people among the alt-right? He was legitimizing the KKK, neo-Nazis and the white supremacists. Trump can defend their right to free speech. That’s the First Amendment. But as president, he cannot defend the immoral philosophy of hate and bigotry those groups espouse.

Trump has shown he just doesn’t get it.

It’s a sad day in this country when the president, to whom we look to for moral leadership, is a victim of his own poisoned rhetoric.

It’s crippling his ability to govern. And it’s showing Americans and the world an ugligness that forever tarnishes the presidency.

WWLD? What Would Lincoln do? Probably pull down the brim of his stovepipe hat and shake his head, if not weep.

Trump represents the de-evolution of the presidency.

Here’s the column I wrote over the weekend:

The Trump hotel brand oozes opulent luxuriousness. But now that Trump is in public office for the first time (and right at the top), I’ve coined a word to capture the new Trump style of government and political rhetoric.

Take one part truculent (“the quality of being disposed or eager to fight or engage in hostile opposition”); Add a dash of petulance (“insolent and rude behavior”); Insert one Donald (orange hair special); Mix with reckless abandon, et voila!

And, of course, it’s the likes of which we’ve never seen before.

Unless you see it in your neighbor, or in Charlottesville, Virginia.

A president is capable of setting the moral tone of the country. And so far, this one’s setting a bad example.

After last Friday, we worried about the tweeting, adlibbing Trump, sabre rattling and goading a madman in North Korea to commit a suicidal act.

Such an aggressive stance didn’t make sense after new U.N. sanctions were passed against North Korea. But international bluster is often a good cover after a domestic embarrassment, like the failed repeal of Obamacare.

To Trump’s credit, all the nuke talk made people more aware of the PIs among the AAPIs, particularly those in Guam and the Northern Mariana Islands. In the crosshairs as just specks on the map, residents there are even considered American citizens to the amazement of most Americans.

And wasn’t it eerie to see news reports in Guam warning residents to avoid staring into the bright flash of a detonating bomb?

But now we know: Trump’s taunt of “mutually assured destruction” is not our number one problem after all.

After the violence and casualties of the Charlottesville weekend, in what’s being called the largest gathering of white supremacists in more than a decade, we find ourselves asking more fundamental questions.

Does Trump really care about equal rights for all as a cornerstone of our American democracy?

And if he does, why wasn’t a passionate Trump, who had no problem going off script and talking “fire and fury” about Kim Jong-un, going after those white supremacists in Charlottesville with the same “in-your-face” zeal?

This was Trump’s chance to let all Americans know how he really felt about the violent American Nazis in Virginia.

Among them was the ex-Klansman David Duke, who didn’t hesitate to fully embrace Trump and the symbolic importance of the rally.

“This represents the turning point for the people of this country,” Duke said to the media. “We are going to fulfill the promises of Donald Trump. That’s what we believed in. That’s why we voted for Donald Trump, because he said he was going to take our country back and that’s what we’re going to do.”

Others at the rally were no different from Duke. They were empowered by Trump.

It all required a strong rebuke from Trump in full throated trumpulence.

Shouldn’t be too hard. Trump has disavowed Duke in the past.

Instead, Trump held back. Pulled punch? He went through the motions.

On Saturday, Trump uncharacteristically read from his script, not bothering to stray, except when he repeated a phrase at the end for emphasis. But it wasn’t the tough talk we’ve been used to.

It was almost subdued and passionless, the opposite of his words.

“We condemn in the strongest possible terms this egregious display of hatred, bigotry and violence on many sides â€• on many sides,” Trump said Saturday.

More troubling was his use of the phrase “many sides.”

Why was Trump so careful not to single out the real culprits? How could he imply the extreme violence came from extreme right-wing nationalists AND counter-protestors? The suspect who drove a car into the crowd, killing one woman and injuring multiple people, was a 20-year-old white supremacist.

This is where Trump could have unleashed the Kim treatment.

At times like these, we count on a president to use his position to show moral leadership. To stand tall and lead us together.

After Charlottesville, Trump had his chance.

They’re not looking for mere lip service from Trump. They want to see real action and a recognition of how we have fallen off track.

“The opportunity that we have at this moment is for this terrible tragic event to show us all how far we’ve gone in just a very few months we’ve allowed ourselves to go,” said Sherrilyn Ifill, president of the NAACP-LDF. “We’re asking that we really confront what the threat is to the integrity of this country. And to confront that requires not just that the president take action, but that we really have a reckoning, and that means Congress also must recognize ways that they have been complicit in allowing this environment to proliferate that resulted in [Charlottesville]. They have to be prepared to use their platform to stand against this and stand against this unequivocally. They have to show the nation that being against white supremacy and being against white nationalism, and being against racism and homophobia, should not be the province of a political party. It is supposed to be part of what it means to be an American and what it means to believe in democracy.”

Yes, this was not the way things were. But funny how things change when the style and decorum are set by the current occupant of the White House.

Keep in mind, Trump waited days before commenting on the hate crime shooting death of Indian American Srinivas Kuchibhotla in Kansas City. More recently, we still await a comment from Trump on the act of terrorism against Muslims at a mosque in Minnesota. A more specific and direct comment from Trump on the white supremacists in Charlottesville? Don’t hold your breath.

Imagine his narcissistic agony. How do you criticize those who are responsible for keeping you from sinking below 30 percent approval in the polls? They act in your name and are so inspired by your tell-it-like-it-is attitude that they are moved toward violent bigotry and racism.

Such is life in the era of American Trumpulence.

The likes of which we’ve never seen before? No, we have.

From the Chinese exclusion to the Filipinos in California in te 1930s, Asian Americans have faced the ire of white nationalists. When the first big wave of Filipinos arrived in the U.S., they were hounded by angry whites, who claimed Filipinos stole their jobs and their women. It often led to violence by whites against Filipinos that included lynchings in the Central Valley. It was fanned by a hateful political rhetoric that resulted in significant anti-Filipino legislation in Congress.

Trumpulence is just a revival of all that.

We must stand together, not merely to resist, but to reject it. 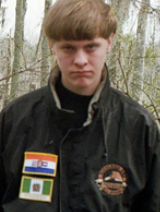