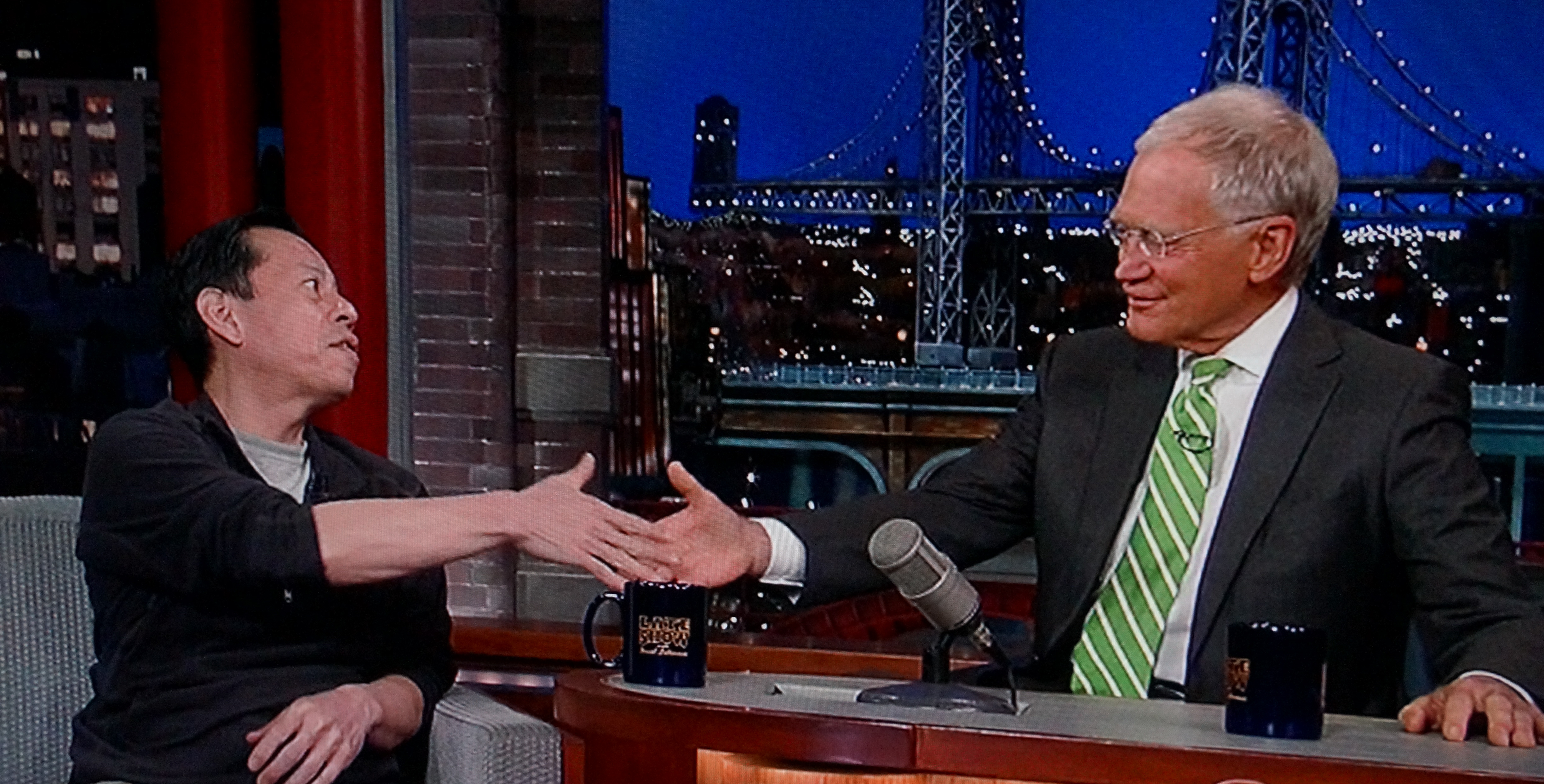 Usually it’s some government office kind of event. But he honored his Asian American employees this week.

That’s what you get when you retire during heritage month.

See my tribute to Dave here.

See this clip of Asian American legend Connie Chung “singing” on Letterman in 1988.
https://youtu.be/o1hZg2MQdUA
CHECK OUT THE NEW HOME FOR THE AMOK COLUMN: www.aaldef.org/blog