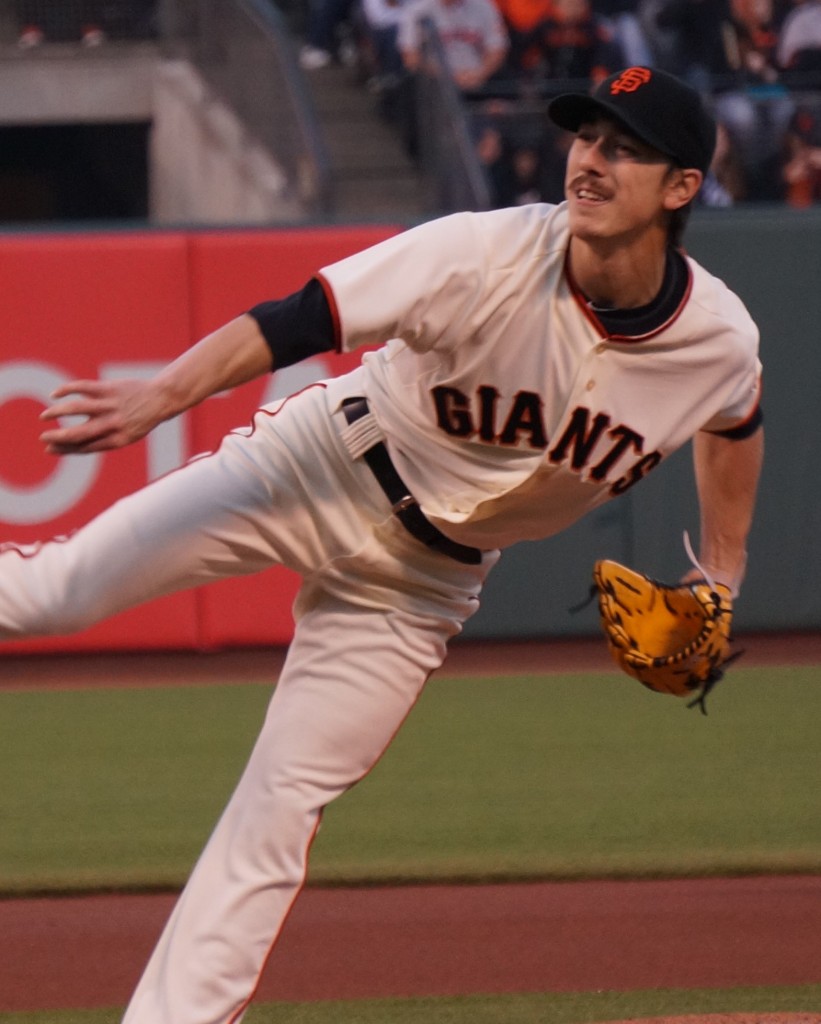 On the night when all the heroes wore No. 42, it was too bad the San Francisco Giants’ Tim Lincecum couldn’t get the win.

On Jackie Robinson Night, the Giants sent Lincecum, the premier Filipino American player in baseball to the mound. The Filipino fan favorite pitched well enough to win. In a 93 pitch performance in 5 innings, he struck out 5 and had zero walks. The Dodgers managed just five hits, but that included a solo home run in the 2nd inning to former teammate Juan Uribe. On a full-count, Lincecum challenged with a slider, and Uribe pounded it half-way up the left field bleachers.  The Dodgers coasted on that run most of the night. By the time the Giants tied it on a Brandon Crawford sac fly that scored Hunter Pence, Lincecum was out of the game–but off the hook.  He’s still looking for his first win, but so far he’s got 17 Ks and 1 walk in 15 innings pitched, indicative that the mustachioed Lincecum isn’t plagued by some of the control issues he had last year. Indeed, this year, he’s not wild, just prone to the fat pitch and the homerun ball—he’s given up 5 in 15 innings.  Uribe got him on this night. After the Dodgers took a2-1 lead, the Giants tied the score again  in the bottom of the 9th, but left the bases loaded ( as they did three times in the game). The game went into extras, past midnight. Nearly five hours after the start, the Giants finally pushed through a winning run when Hector Sanchez singled in Brandon Crawford for the 3-2 final. The walk-off win gives the Giants a first place tie with LA in the NL West.