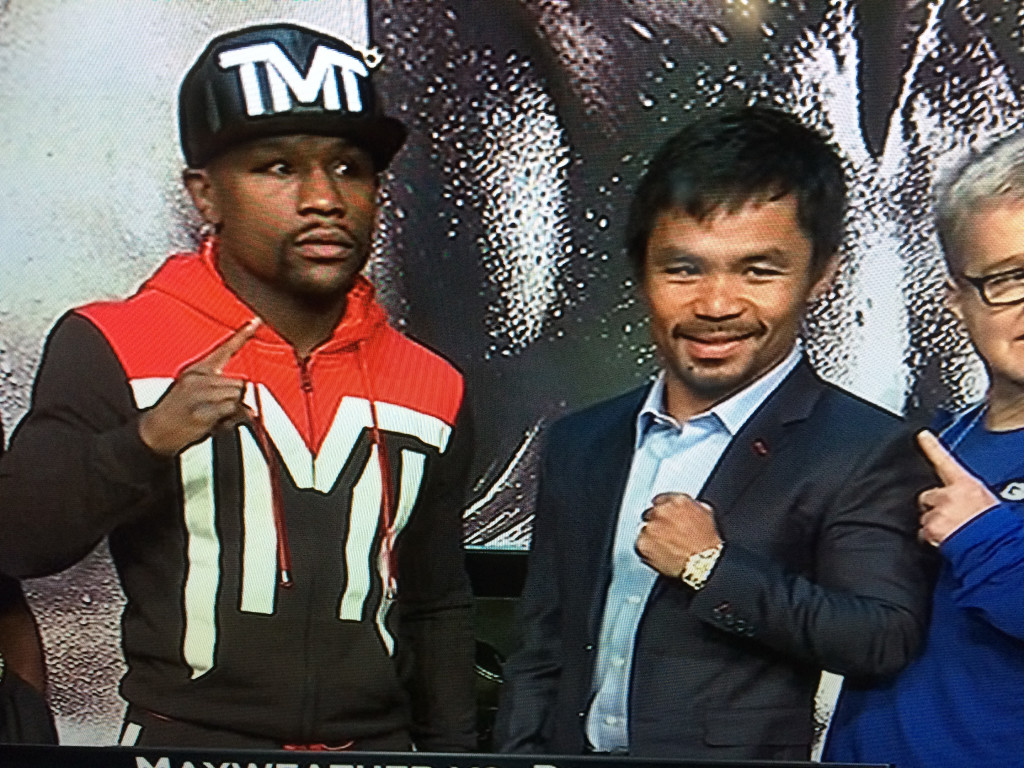 Leave it to Promoter Bob Arum to mention how Pacquiao’s letter about Mary Jane Veloso to the Indonesian government had something to do with staying the Filipina’s execution the other day.

The Philippine Inquirer reported the stay was due to the emergence of the person who recruited Veloso.

But the idea that Manny can save a life at the 11th hour is part of the superhero narrative that is part of his charismatic charm.

It almost doesn’t matter if it was Pacquiao’s letter that saved Veloso.

When you’ve lived on the streets and have become a champ, you become a legend.

Pacquiao is the Filipino Paul Bunyan. He lives larger than any Filipino.

As Filipinos everywhere, we see the most prized overseas Filipino and we give in to the narrative.

Manny sure mentions God a lot. That may bother more secular Filipinos (there are a few). They  just believe in Manny.

I’ll share a few numbers that produce a different kind of ” tale of the tape” in this boxing match. These two boxers aren’t heavyweights.

But they are when they stand on their piles of money.

Estimated splits and payday for fighters:

Payday for Mayweather: In excess of $180 million

Payday for Pacquaio: In excess of $120 million

Per capita income in the Philippines: $2,765 a year

Amount in back taxes Philippine government wants from Pacquiao: $75 million

Number of convictions for Mayweather on battery and domestic violence since 2001: 5

Jail time served in 2012 in Nevada by Mayweather on a plea deal to avoid felony charges on wife battering: 2 months.

Number of suspensions by Nevada boxing officials to Mayweather: 0

That last graph no doubt is the reason boxing, a state regulated sport, did what it did.  Floyd’s no saint. He’s a money generator.

But  he beats women.

Manny also generates lots of money. He may not be a saint, but if  Arum is to be believed, he may have helped save a woman from her death.