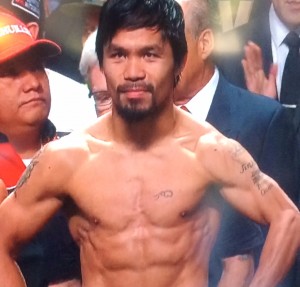 They won the race, but they lost the baby. And the show.

The first two are fake. But the show is real, as are the three  horse deaths sustained during the production of HBO’s “Luck.”

And that’s why last night’s “Luck” was far more than a “season” finale. It was the final final. it’s theme song was a dirge signalling the end of “Luck.”

Too bad. The show is really about the human interaction. The racing scenes were incidental. They could have easily been done in a way to prevent harm to the animals. The scenes that are more poignant are back at the stable anyway.  Yet pProducers were so quick to cancel  after PETA exposed the horse deaths. To satisfy PETA, the producers didn’t have to cancel. They merely had to assure that the animals would be safe.

Why couldn’t David Milch and Michael Mann do that? Instead, they went straight to the cancellation option.

If you saw the credits last night,  you may have noticed the disclaimer at the end was different.  It didn’t say “no animals were harmed.”

It simply said the American Humane Association “monitored” the production.

Exactly what this means isn’t clear, but whatever monitoring was done clearly wasn’t enough to assure safety for the horses on the show.

What’s amazing is that the horse racing industry continues to think “Luck” was good for business and continues to criticize PETA.

The organization that deserves the scrutiny is AHA.

But let’s not get hung up about the fake races in fictional drama.

As the New York Times reported yesterday, there are many more deaths and drama with real horses in real races.

The industry has found a way to bring cash to the races by bringing in casino-style gambling and slot machines to the tracks. But being flush with cash has not brought out the humane side of the horsemen. Instead, the race purses are so rich, even for the lowest quality horses, that greedy horsemen keep sending out their unfit stock to race for the money.

Unfit horses? Well, if not for the drugs.

If you saw the latest “Luck,” on HBO, it’s curious how the American Humane Association logo, and the “No Animals were harmed” disclaimer still appears in the credits. Maybe none were harmed in that episode, but with the record of the show of at least 3 deaths, who can say?

The phrase “no animals harmed…” has become such a cliche that it’s unclear what it really means anymore. And now we know what it’s meant on “Luck.”

The reaction to my piece about my wife and luck at http://blog.sfgate.com/eguillermo
has been interesting.

A few took me as bragging about my wife’s work as a PETA VP.

But I was merely sharing an insider’s perspective of how real modern day activism works. It’s not just picket signs and demos. It’s practically investigative journalism. And in this case there is a symbiotic relationship between the activist and the media that most people don’t realize.

The other thing I’m amazed about is the reaction from the horse racing industry to the cancellation of “Luck.” The industry should be happy the show was cancelled. “Luck” focused on a “Sopranos” goes to Santa Anita story line that made the whole enterprise of racing look sleazy, dishonest and populated by degenerate low-lifes. I know that can make for good TV, but it doesn’t breed public trust in an industry that is dying. No one was calling for the abolition of horse racing. But wouldn’t it be nice if the game were fair and humane? As it was, “Luck” depicted the industry as just the opposite, and yet people are angry at PETA for uncovering the deaths of the horses which led to the canceling of the show. “Luck” defenders like to shrug off the horse deaths by saying accidents happen. Yeah, sure, in real races. I go back to the basic issue: Real horses shouldn’t die in fake races.

“Luck” had no real defense. Its cancellation was humane, considering the production wasn’t.

If you haven’t seen my post go to www.aaldef.org/blog

It’s funny how hate crimes and cyber-bullying have all been rolled up into one blobby mess of intolerance. That’s good, but the broader definition will mean less clarity on hate crimes than ever, more and harsher punishment, and a whole lot less freedom in general.

Is that really what we want? Isn’t there a better way to demand we all show a little kindness, civility and mutual respect to each other?