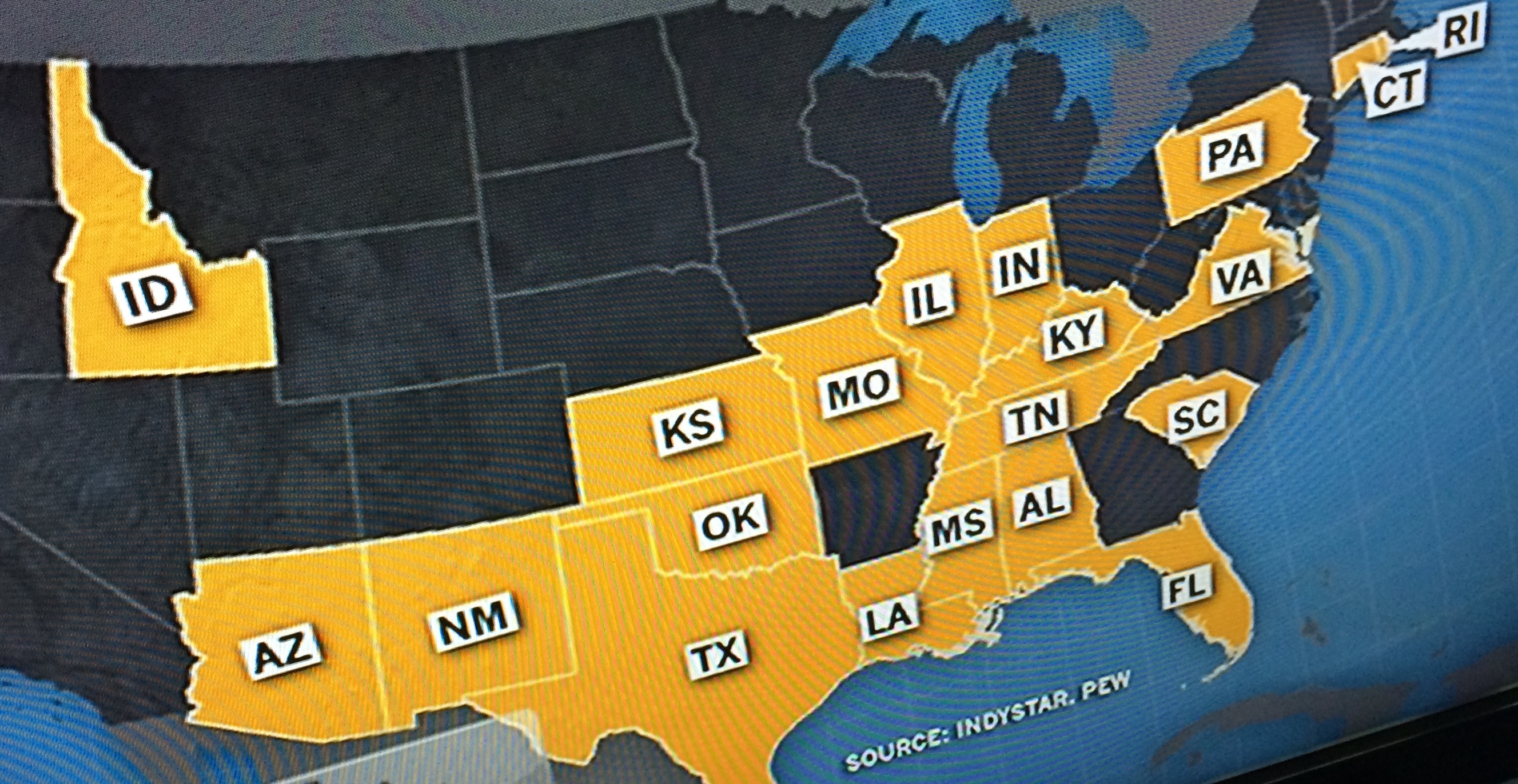 This was released by AALDEF tonight:

The Asian American Legal Defense and Education Fund (AALDEF) dispatched over 800 attorneys, law students, and community volunteers to over 120 polling places in 14 states with large Asian American populations, where they recorded voter complaints and conducted a nonpartisan multilingual exit poll. AALDEF also received reports of voting barriers via a multilingual hotline, by email, and on social media.

States with the most egregious violations include Virginia, where Korean American voters were segregated from other voters into a separate line; Philadelphia, where Vietnamese American voters faced a severe shortage of language assistance; Michigan, where Bengali materials were severely mistranslated; New York, where poll workers in Chinatown were not informed of new rules for voters displaced by Hurricane Sandy; and Georgia, where Asian American voters struggled with discriminatory new proof of citizenship laws.

“Asian American voters had to overcome numerous obstacles in order to exercise their right to vote today,” said Glenn D. Magpantay, Director of AALDEF’s Democracy Program. “Our attorneys are fully investigating every complaint and we will report our findings and observations to local election officials and the U.S. Department of Justice.”

Poll workers separated all Korean American voters into segregated lines because “there were so many,” allowing white voters to vote first, and required to go through additional hoops to vote. Unlike other voters, only Korean American voters were directed to stand and verbally state aloud their names, addresses, and cities and states of residence in English, despite providing government issued identification to vote. Elderly Korean American voters with limited English-proficiency were particularly uncomfortable with the discriminatory treatment.

Required language assistance was inadequate. Queens County has been covered for Asian Indian language assistance under Section 203 of the Voting Right Act since October 13, 2011. However, the New York City Board of Elections did not provide Bengali language ballots to voters, nor were there “Interpreter Available” signs posted outside the sites.

Many poll sites in Hamtramck failed to provide Bengali ballots, make translated materials available, or provide interpreters, as is required under Section 203 of the Voting Rights Act. In one case, the translated sign displaying the Voter Bill of Rights had nothing to do with voters’ rights. Poll workers also complained that voting machine scanners would not read the translated Bengali ballots.

At three poll sites in New Orleans, limited English-proficient Vietnamese American voters, many of whom were senior citizens, were told that interpreters could not assist them or otherwise translate the ballot for them, in violation of Section 208 of the Voting Rights Act. AALDEF attempted to appeal to local elections officials, yet the hotline number to report problems only led to a voicemail box.

Several Asian American voters in Georgia reported that they were not allowed to vote because they had not provided documentary proof of U.S. citizenship, as is required under Georgia’s new proof of citizenship law. One Asian American voter in Cobb County, despite having a U.S. passport, was told that she could only vote by provisional ballot and to go to the County Clerk’s office to prove her eligibility to vote.

Allegations of discriminatory anti-Filipino hiring practices at St.Luke’s Hospital in San Francisco have been festering at California Pacific Medical Center since last August.

We haven’t heard a lot from either the hospital or the nurses since then.

But now it appears CPMC has simply preferred a subtler approach.

Why not just try to persuade a key witness against them to change his story, maybe by even offering him a higher paying job?

Send over the CEO of the whole CPMC magilla to sweet talk the witness on Valentine’s Day no less.  Nothing like some Bigfoot-sweet-talk to persuade and intimidate a lowly nurse overcome by a momentary sense of outspokenness, and professional self-esteem.

CPMC must think they’re in Manila.

But St.Luke’s nurse Ronald Villanueva, one of three key witnesses who have alleged discriminatory hiring at CPMC, says he’s not budging from his story.

“He asked if there was anything we can do to change my perception and if I was still interested in a management position,” said Villanueva.

Villanueva’s still not interested in a position, mainly because he remembers statements made by Diana Karner, the Chief Nursing Officer at St.Luke’s back in 2007. And she’d still be his superior.

On April 25, 2007,  Villanueva was to be interviewed for an open nurse supervisor position. Prior to that, he overheard Karner and then nurse manager, Ron Rivera, in conversation.

Ultimately, Villanueva did get that job. But since then, there’s been little advancement at CPMC as a foreign nurse.

In 2008, despite high praise on his performance from CPMC officials, including nursing heads Karner and her associate, Heather Sebanc the associate VP of nursing, Villanueva’s career path has been stymied.

In December 2008, Sebanc administered a job evaluation that kept him from a 5 percent raise and a 3 percent bonus, and then strongly discouraged him from applying for an ICU manager position.

“Sebanc told me…I strongly advise you not to apply for the position,” Villanueva said.

The hostility Villanueva received once again called to mind Karner’s original comments, and he has since decided to no longer apply for manager positions at CPMC.  He even requested to go back to ICU as staff nurse where he currently works.

All of Villanueva’s words are in a sworn affidavit declared to be true and correct under penalty of perjury under California law.

The nurses representatives and community members have asked CPMC officials to do the same, but they have declined.

CPMC spokesman Kevin McCormac confirmed that Dr. Browner did talk to Villanueva that day but said the meeting has been “misconstrued for other purposes.”

McCormac said Browner had heard Villanueva had received favorable employee performance marks and wanted to find out if Villanueva was interested in advancing at CPMC.

So has Villanueva’s good performance changed the perception by CPMC of Filipino and foreign nurses there?

“There is no perception about foreign nurses,” McCormac told me. “The perception is they have the skills, the perception and the background. We think they’re great.”

The California Nurses Union and the Filipino Community Center still aren’t sure about that, and have witness affidavits at the ready for potential legal action at CPMC. Ironically, one nursing official involved, Heather Sebanc, left CPMC last month. McCormac said it was unrelated to this issue.

In the meantime, the larger battle ground  may just be CPMC’s proposed new hospital at the old Jack Tar Hotel site. A hearing is upcoming before the health and planning commission, McCormac said.

The discriminatory hiring issue may simply be used as a key leverage point to push CPMC to assure equal access to job opportunities and healthcare services at the new facility.