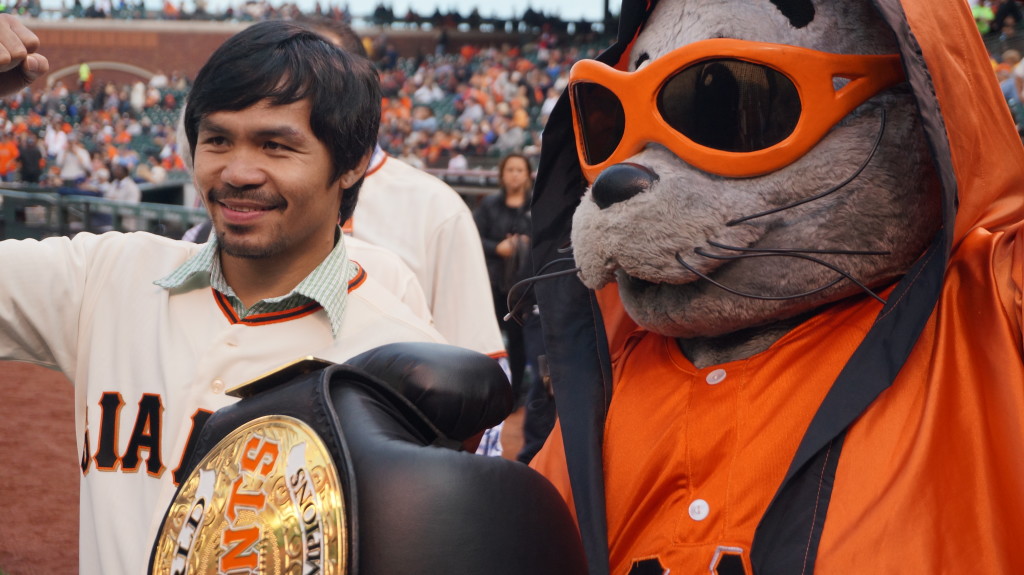 “The Hobbit: the Desolation of Smaug” was again the No.1 movie in the nation with $31.5 million in tickets, giving it a two week take of $127.5 million, according to the NY Times.

“Anchorman 2,”lived up to its name and finished 2nd at $26.8 million. But it opened on Wednesday and is up to $40 million total, well on its way of making back the $50 million it cost to make.

Now instead of showing up in ads and free media everywhere plugging the movie, maybe producers will start showing up to Filipino community fundraisers or consider giving a little bit in aid to the typhoon victims in the Philippines.

As I pointed out on my blog post for the Asian American Legal Defense and Education Fund, the silly anchorman was sullied by an ignorant joke that promotes a Filipino stereotype.

It was just one line, am I being too sensitive?  I don’t think so.

If all you see in the media about Filipinos is negative, then such jokes are indefensible. If there were something to counteract the throw away line in the movie, it would have been easier to take.

Read the piece on the blog.

And let’s hope that once the producers hit their $50 million nut, they will consider giving aid to the victims of the typhoon in the Philippines. The typhoon displaced millions of people, many of whom are hungry.

And not eating dogs.